Read about Jessica and how she became our wonderful program director. 🙂

How is it, that the one thing we probably know the most about (ourselves), is often the one that is hardest to explain?  I guess I will start with the generic:  Hi! My name is Jessica.  My last name is Casper—for two more weeks—and then it will be Klass (pronounced like good ol’ Santa’s last name, not like “class”).  I am getting married in Cleveland, OH which come to find out, isn’t actually every bride’s dream destination location.  Who knew?  My soon-to-be husband is named Andy and we live in north Phoenix with our dog, Koko.  She is the ruler of all that goes on in our home.  If you met her, you would understand.  I mean, look at those teeth! 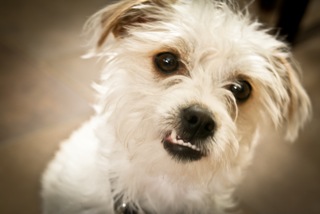 On a day off, you can catch me taking photos, hiking, trying a new restaurant, or spending time with family and friends.  I have a large family.  In fact, my parents divorced and I have half siblings on each side.  Ironically, they all get along, and we all love spending time together when we can.  How cool is that?
I have one of those “back in the day” relationships with the Arizona Hemophilia Association.  I mean, remember when there was no “Arizona” in the name?  I do.  It was twenty-two years ago that my brother, Jeff, was diagnosed with hemophilia.  This was back in a time where no one even know what hemophilia was and it took a number of tests and accusations for that matter, to determine what was wrong.  I remember the first time my brother bled, not typical skinning of the knees bleeding but much more intense, much more traumatic.  Even as a five year old, I knew something was wrong.  My mom still says “I never wanted to be the mom that put her son in a playpen” and then it came to the point where she had no other choice because she was too worried about him getting hurt.  Every time Jeff would get a bleed, we would drive the I-17 to Phoenix Children’s Hospital in order for him to get infused.  I hated when that happened.  I would sit there in the play area surrounded by kids who were ill and it made me feel so bad.  When you are that young though, you can’t process and you can’t understand as much as you do when you are older. 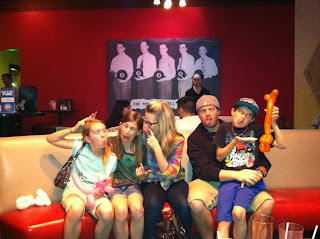 It was true, I thought my family really just had it bad.  Why my family?  Why my brother?
Just as a I remember my brother’s first big bleeding episode, I also remember the first time I realized my family didn’t really have it as bad as I thought.  My first year of camp closed with the pinecone ceremony (another tradition).  I was hearing all of these people talk about HIV and AIDS as they tossed their pinecone into their fire.  People were crying.  Then I cried.  I didn’t know why, but I felt like there was a reason to be.  Everyone around me was sad and they seemed to know something I didn’t.
People who went to camp “back in the day” as I put it, will remember Jeremy Storms.  In fact, to this day, we commemorate Jeremy by gifting an award to one single camper each year that best displays the Camp HONOR spirit and values—something that Jeremy did well.  Not many people know this story, but after the pinecone ceremony, Jeremy had explained to me why everyone was so upset.  This was the first time I learned how lucky my brother was and how if he were born just a couple years earlier, his name could have been attached to one of those pine cones as they disappeared into the orange flames.  I would never have to worry about that.
It is without a doubt that the conversation between Jeremy and me, helped encourage me to want to be involved.  I started working for the Arizona Hemophilia Association when I was nineteen.  I stayed working there until I was twenty-five.  Through those years I was always part time while in college or even on breaks once I got into teaching.  I taught eighth grade for two years.  I loved teaching but I never felt fulfilled.  I always left feeling like I didn’t complete the job.  Perhaps that’s a good thing for a teacher to think, but it didn’t feel like a good thing. 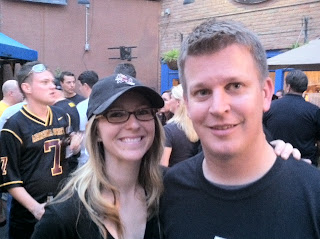 I am so happy to be back working with the Arizona Hemophilia Association as the Program Director.  I get to participate in all of the programs and see the impact that my coworkers’ hard work makes.  I am always excited to see your familiar faces and if I haven’t met you yet, I will certainly be excited to meet you in the future.
My best!
Jessica
By Hemophilia Editor|September 28th, 2012|Categories: AHA, Stories|0 Comments